That’s a good question. Most people don’t really know. In fact, many academics are still debating what is and what isn’t propaganda. It is a serious problem, because while the experts are lost in semantics, those who wish to persuade people are effectively doing so with very little resistance.

For most people, war propaganda probably comes to mind when they think about the term.

More specifically, one might think of propaganda as those old posters promoting the sale of victory bonds, or the keeping of secrets. Propaganda is also more commonly considered in the context of who produced it, be it the Nazis, Soviets, or North Koreans. 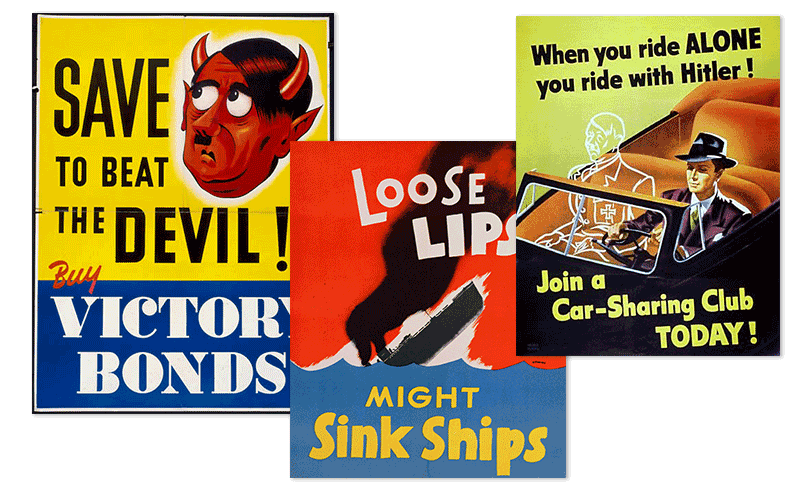 Propaganda is more than posters, a movie or the place where it originates, however. Propaganda is really about mass persuasion. In its most neutral sense, propaganda “means to disseminate or promote particular ideas.”

Falling down the theoretical rabbit hole for a second, analysis of propaganda has tended to focus not just on the sharing of information, but the intent in disseminating messaging to influence an audience. For example, the legendary father of modern public relations, Edward Bernays, viewed propaganda as a necessary tool for a healthy democracy, shaping opinions for the better. Harold Lasswell’s propaganda theory focused on “Who Says What, In Which Channel, To Whom, With What Effect?” Herman and Chomsky’s model of propaganda dealt more with the Western corporate media environment, and how media set the agenda among the population. Jacques Ellul wrote that “propaganda is the expression of opinions or actions carried out deliberately by individuals or groups with a view to influence the opinions or actions of other individuals or groups for predetermined ends through psychological manipulations.” According to Jowett and O’Donnell, “propaganda is the deliberate, systematic attempt to shape perceptions, manipulate cognitions, and direct behavior to achieve a response that furthers the desired intent of the propagandist.” Similarly, Canadian philosopher Randal Marlin defines propaganda as “the organized attempt through communication to affect belief or action or inculcate attitudes in a large audience in ways that circumvent an individual’s adequately informed, rational, reflective judgment.”

There is an important distinction in all of these definitions: propaganda isn’t just about sharing information; it’s about wanting something to happen as a result of spreading a message.

Propaganda can be based on truth or lie; the veracity of it matters only insomuch as credibility affects the desired outcome. Reaching back safely into history for another example, the use of the mistreatment of Belgians at the hands of Germans in the First World War was used in propaganda messaging to gain support for Britain’s involvement in the conflict. The British government (the propagandist) was sucked into an unpopular war, and needed its citizens (the audience) to be so supportive that young men would fight in the conflict (the propagandist’s desired intent), thus media coverage and other messaging such as the posters below were used to spread an emotive reason for so doing (the propaganda). 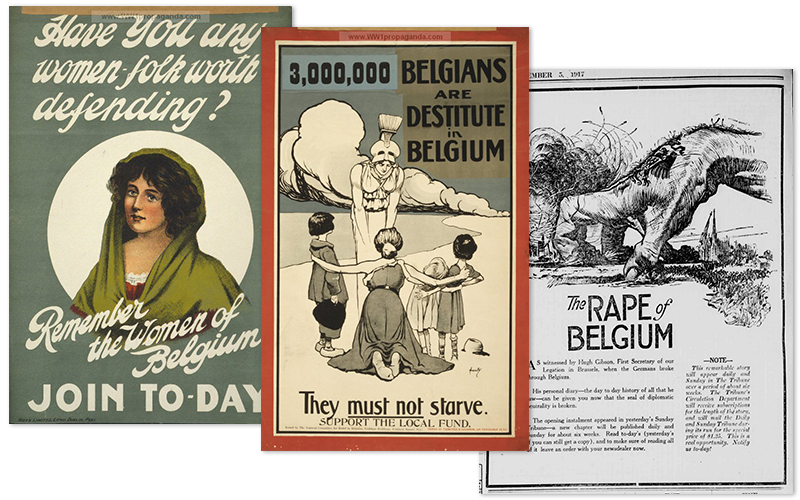 This understanding of propaganda, however, must be adapted in a Digital Age. One major issue arises in the current context: the limited sender-receiver model of most propaganda theory.

Propaganda has traditionally followed a very top-down communication model. The propagandist issues persuasive messaging aimed at achieving a specific outcome among the target audience. As such, it’s been rather one-way – like most mass media. With the internet and social media, however, the audience can in fact become co-opted to propagate persuasive messaging too – and this is much more dangerous, as people are more likely to believe those familiar to them or those they view as influential.

The active spreading of content through members of online communities, or Participatory propaganda, goes beyond simply achieving the propagandist’s desired intent, (for example, convincing people to vote for a specific candidate), but engages them such that they become active in furthering that message to other people, multiplying its influence effects manifold.

While neither deliberately manipulative messaging, nor proselytization are new techniques in the time-honoured tradition of winning hearts and minds, the speed and scale at which audiences can be swayed and recruited have significantly increased thanks to the internet, indicating it is time to adapt the concept of propaganda for a Digital Age. Likewise, as people are increasingly plugged in and dependent on information communication technologies (ICTs), the reach of propaganda – particularly if it resonates with a target audience – can become all-encompassing and difficult to escape.