At the risk of being terribly obvious, (dis)information, with the brackets, is a play on words.

In English, information tends to mean “facts provided or learned about something or someone”. The very definition of the word denotes a sense of truth, as facts are defined as being “indisputably the case.”

In an era of selfies and social media, however, more than ever before, we are involved in the creation, distortion and spreading of both information as well as misinformation. The information and/or facts are perceived as such from the point of view of a person who captures the image, writes a blog or sends a tweet. They are, by definition, influenced by that person’s preferences, socio-economic status, political views and his understanding of the context. Sometimes this is intentional and nefarious, but often it isn’t.

Sometimes we distort content knowingly – to make our version of events appear better or put our best self-portrait forward. Other times we share urban myths unwittingly because the content psychologically provoked us into action – as fake missing children or product warnings often do. And there are those, who deliberately spread lies merely to anger others – such as trolls. 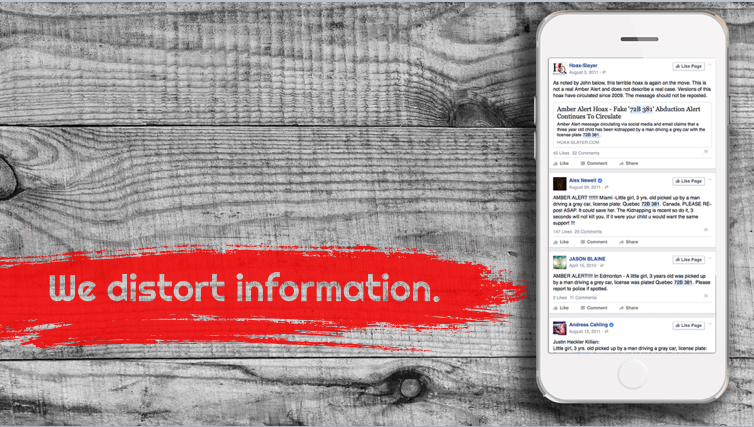 This visual example has been spread as a fake alert since 2009 via email, and in various locations.

All of this user-generated content exists together in the same information ecosystem – intermingled with quality information some traditional media outlets attempt to spread, as well as the propaganda political actors push to sway our opinions one way or another.

Knowing what is true and what isn’t in real-time is increasingly becoming difficult. The lines between information and misinformation are blurring, as a result.

There are now more than 3 billion online users – all with the potential to add yet more content. Social networking sites and blogging platforms enable any of these people to post whatever they like, whenever. 100 billion emails are sent, 500 million tweets posted, and 300 million photos shared on Facebook – every day. Humans have never been exposed to so much information so quickly. The way our minds process information is ill equipped to decipher truth from lies at the speeds in which content is created and distributed.

Our minds are powerful, and somewhat still mysterious, muscles; however to process information even at the speeds we do, we use mental shortcuts or cognitive biases to filter through things more rapidly. These short cuts can, and are, used against us.

In the digital age, we are bombarded with information yet cognitive biases still make us:

More ready to believe things that are easier to comprehend. Indeed, the easier it is to understand, the more likely we are to accept it as truth – such as believing that vaccines cause autism – because the scientific research that disputes this is too complicated. 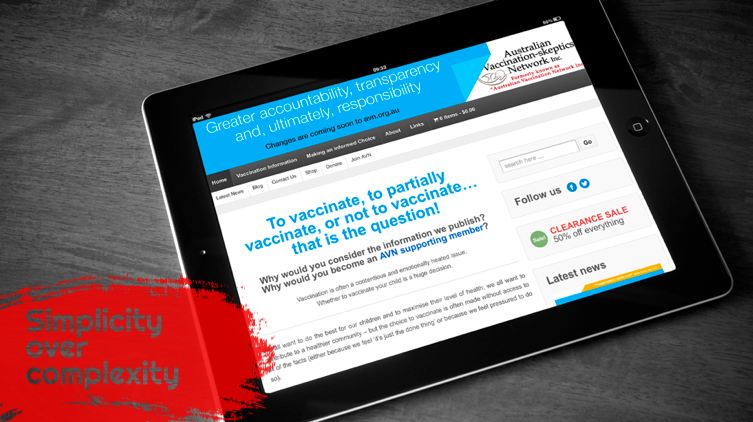 We are more likely to accept a falsehood if it is visualised. In one study, participants were shown doctored images of a fabricated event – a political attack advertisement against Barack Obama was wrongly credited to Hilary Clinton.  More than half the participants falsely remembered that the fake event happened, with 31% remembering that they saw the events happen on the news. 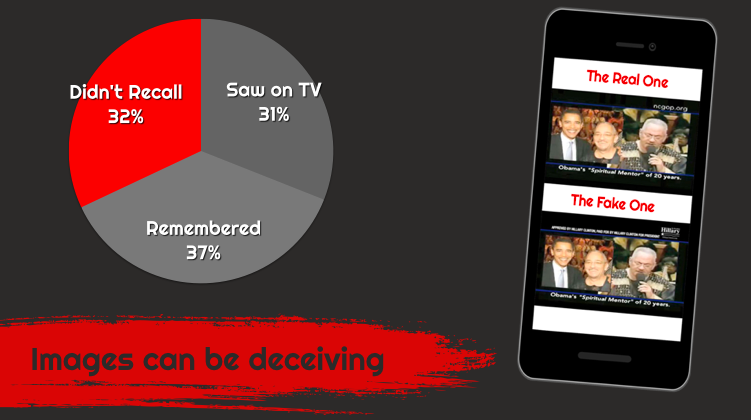 And we are more inclined to believe a statement if it is printed clearly on a bold coloured background, as another study has shown. 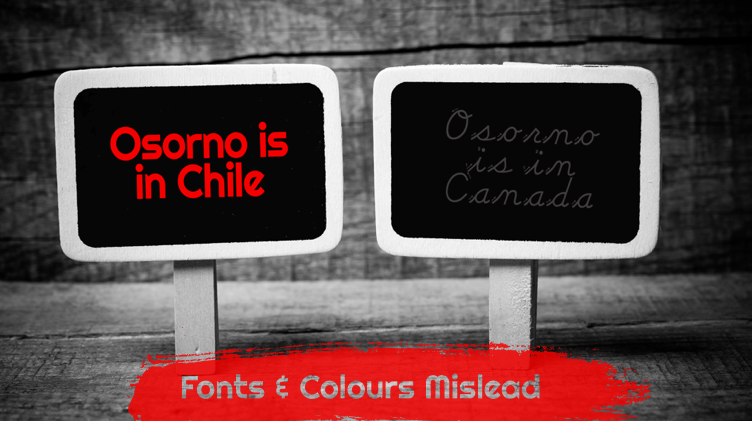 Thus, trustworthiness might be represented in a website that appears to be professional, well edited, shared by people we know, in a style of language that is familiar to us.

While all of these can be signs of a truly professional source of information – they can also easily lead us astray. It takes very little time to create the illusion of trust among an online target audience. As web development becomes more accessible, the ability to create professional looking websites and online personas increases – but that doesn’t necessarily make the content accurate or truthful. Moreover, given that more than half of web users spend less than 15 seconds on a home page, we are not putting a whole lot of time and effort into assessing information either. 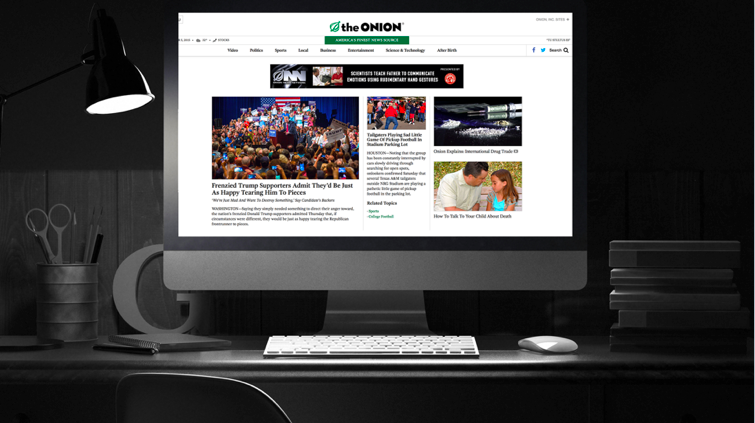 It is this mess of information, with the ease and speed at which we can all be deceived, that is the hallmark of an Age of (Dis)information.