Watching Them, Watching You: 3 Ways News is Changing

Journalism is changing. The internet is shaking up more than media distribution methods. Gone are the passive audiences who once had little choice but to take in the news. Replacing them is a critical body of news watchers actively responding to journalists and their coverage. This direct interaction between journalists and audience brings both positive and negative effects – three of which are explored below:

Through social networks, reputations are fostered and destroyed with equal ease and speed. Just ask Brian Williams or Cathy Newman – two news personalities feeling the pain of exposure this week.

“A host of military veterans and pundits came forward on television and social media”, reportedly disputing NBC Nightly News anchor Brian Williams’ ever-evolving personal saga aboard a helicopter in Iraq. As a New York Times montage reveals, Williams’ first accounts describe a helicopter that was forced to make an emergency landing, but over time and re-telling it was then also hit by live fire and relocated to more dangerous territory. Williams changes his story over the years, embellishing the drama to the point where the pilot is celebrated for heroism at a major sporting event. The unravelling of this proverbial fish-tale is now putting all of Williams’ past reporting – especially on Hurricane Katrina – under scrutiny, all thanks to audience backlash.

After causing an internet storm for her coverage on not being able to access a mosque, Channel 4 News presenter Cathy Newman has had rain on her parade. The Huffington Post recently exposed her for claiming to have been “ushered out of a mosque” participating in an event called #VisitMyMosque. CCTV footage, however, shows a slightly different story and Newman later admitted that she mistakenly visited another mosque than initially claimed – one that wasn’t participating in the open house.

It is now easier than ever to access past coverage, surveillance footage and additional sources – even half a world away – making it much more difficult to pass off inaccurate reportage as truth. Woe betide the journalist who embellishes a story on the internet.

2. The Rise of the Trolls

In cases like the two above, we generally applaud the exposing of fraudulent coverage (who knows, ridding media of the Williams-variant might bump journalism out of the top 10 professions for psychopaths!) But not all internet-fuelled direct engagement with media is positive for either audiences or journalists.

Trolling is becoming a common problem for journalists. Female journalists experience three times the online abuse of their male counterparts. One in 20 tweets to newswomen are abusive or derogatory. In one example, a group of British female media personalities received bomb threats via Twitter. In many ways it would appear that merely publishing as a woman could incite a litany of online abuse. The problem has become so prevalent the U.N. cites it as a growing concern in its report on World Trends in Freedom of Expression and Media development.

Journalists are not well-protected from this sort of harassment. Indeed, the increase in page views that trolling brings is quite lucrative in an otherwise difficult economic environment for media.

Trolling leads to self-censorship or worse. Some journalists have quit the field entirely. While the impact of trolling on journalism is only just being assessed, it is likely that the effects will be long-term and negative. The rise of trolls could change the way difficult issues are covered or scare some reporters from covering them at all.

As journalists are under increasing pressure to break stories at cyber speeds with fewer supporting resources, the lure of using user-generated content grows. While such content can lead to a scoop, it is also just as likely to be a gateway into misinformation.

Just because something is shared repeatedly on social media does not make it true. Sources aim to deceive for a variety of reasons, some ideological and others just for fun.

Knowing how to verify content shared online is becoming an essential skill for the modern journalist – not just to avoid being duped, but also to break those stories which are really happening. Sites such as the crowd-funded Bellingcat (by and for citizen journalists), aim to verify user-generated content and debunk media myths, but achieving this as a frontline journalist in real-time is challenging. 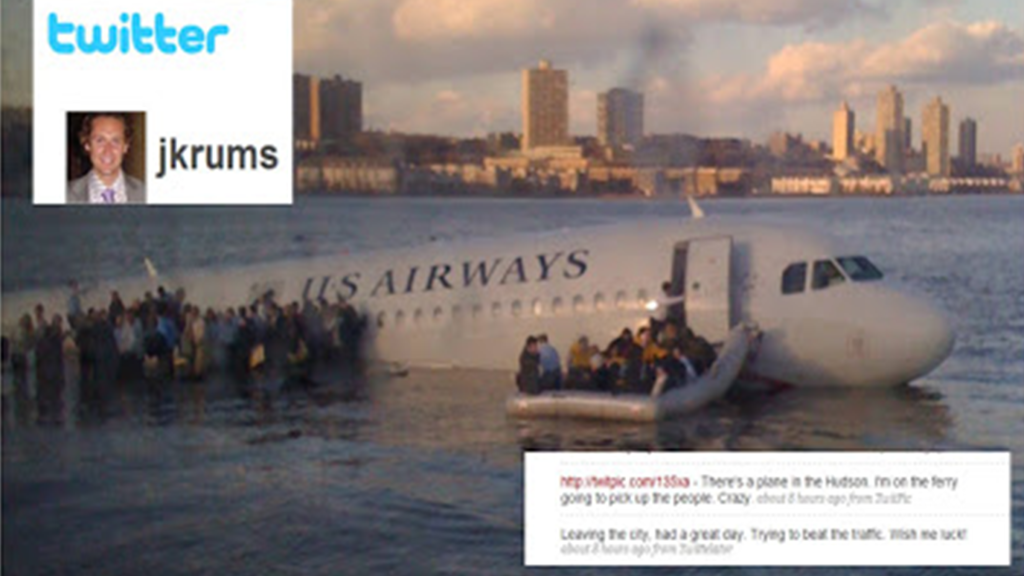 News of US Airways flight 1549 crash landing broke on Twitter

As the internet connects journalists and audiences, the news process will become an increasingly interactive experience. This shift is fundamentally changing how information is presented and shared.  Through the internet the breaking and sharing of news can be accelerated – and yet also easily distorted. And while online engagement can increase accountability, it can also facilitate the abuse of journalists.