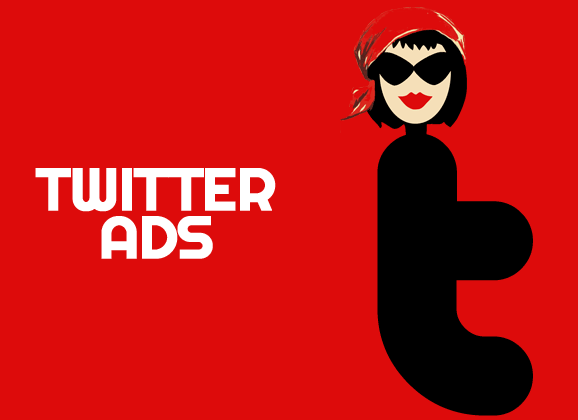 Twitter recently expanded its self-service ads into Canada. And the question nagged, how effective are sponsored tweets and accounts?

Having dabbled with Facebook ads (which are best for sponsored updates if you have engaging content) and LinkedIn’s Premium Account (so far only useful if you must know who is looking at your profile), I was eager to try Twitter’s new promotion services.

With a newer Twitter account (launched August 28, 2013), it can sometimes seems like the social media odds are stacked against me. Everyone appears to have more Twitter followers than I do and if perception were the only thing to be believed, I might think that all the other Tweeps in the world have on average 2-4000 followers  (never mind those accounts with tens of thousands). 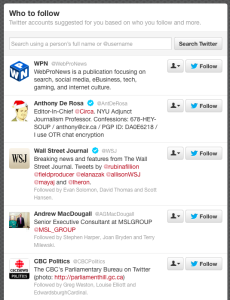 Perception isn’t everything, apparently. The vast majority (81.1%) of twitter users have 50 or fewer followers. The average following on Twitter is a meagre 208. When compared to averages, my account wasn’t doing too poorly with 230 followers before the promoted account experiment.

The problem is Twitter seldom features these average accounts as suggested people to follow. Sure, mere mortals might appear in search returns if the criteria are limited to an immediate rural surrounding or very finite interests. For the most part, however, the automated suggestions are major Twitter users, often with verified accounts.

Little wonder it is but a steady trickle building a following on Twitter this late in the game.

As with other online ad models, Twitter structures its Promoted Account offering on a bidding process. Meaning, in theory, whoever is willing to pay more, will gain the new follower.  As Twitter explains it:

The suggested bid when I created my campaign was $2.50 – 3.50 per follower. Given how many spam accounts I have encountered in 5.5 years on Twitter (using other accounts, mostly for clients) and in general the lack of engagement from most tweeps, this seems like a high price to pay per follower. Twitter does allow for lower maximum bids, but that likely relegates the Promoted Account to the same invisible status as that with fewer users.

For this experiment, I capped the bids at $2 per follower and set the overall campaign at just $20. Worst case scenario was, I gained 10 new followers at $2 a piece. Not a huge loss, but also not great gains. To drag the campaign out a bit, I capped daily spending at $5. 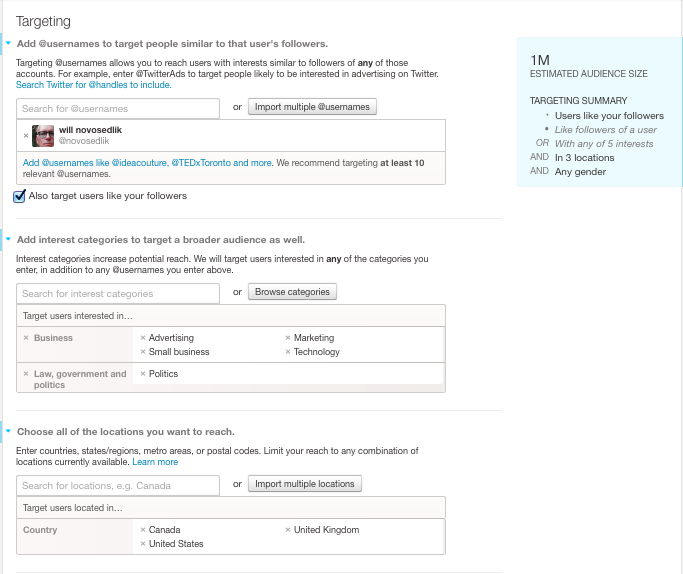 An interesting facet of Twitter Promotions is that a campaign can be targeted to people similar to a specific user’s followers. While Twitter suggests entering at least 10 users, I opted for just one: @novosedlik. I chose Will mainly because of how he interacts, his interests and with the hopes that more people like him might be found through such a promotion. A promotion can be further targeted based on interests, location and gender.

As with most online ads, Twitter offers the usual analytics for campaigns. Tracking appears to be in real time for as of writing this post there are already stats for today. Below is a screen shot of the dashboard. 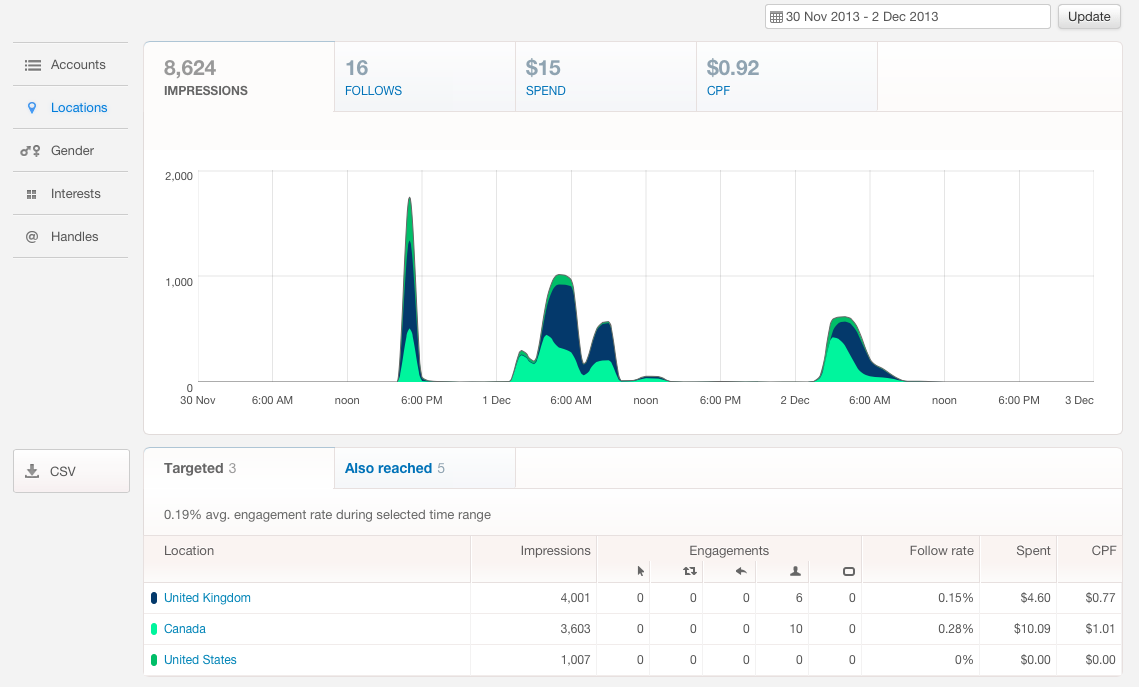 Three days into the campaign, I’ve gained 16 new followers at an average of $0.92 each. My modest budget is generally shot before noon each day.

While I have paid for 16 new followers, my following has grown in three days from 230 to 271 at the time of writing this post. This suggests that while the paid-for followers are nominal, there might be ancillary growth in such promotions. The majority (61%) of these new followers are of decent quality (i.e. are actual people as opposed to organizations, have personalized bios and engage with others as opposed to just broadcasting.)

At this point in the experiment I remain curious, but am not convinced that it is worth spending nearly a $1 to gain a new follower. Twitter has its merit as a social networking tool – I love being able to meet new people around the world in an instant.  Yet with IBM (which tracks 800 e-commerce sites), reporting that social media does not drive sales, promoted Twitter accounts seem to be an expensive proposition for what amounts to a customer relations tool, at best.