You Are What You Read

It’s curmudgeonly, I know, but society seems to be degenerating – intellectually, anyway. At a time when the average person has access to more information than generations past could have ever dreamed, people are increasingly attracted to the stupid.

Is it that we can’t help ourselves, a lack of will power much like Bart Simpson’s pursuit of electrified cupcakes? Or has our comfortable standard of living made us so complacent that we have no concern and so indulge in the mindless daily. 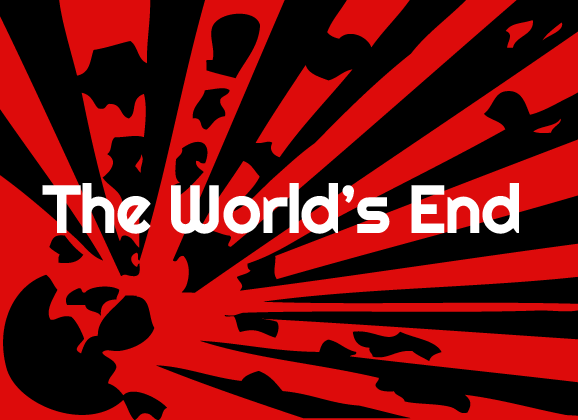 Before you quickly dismiss this argument (especially, if it’s as painfully close to your own reality as it is to mine), allow me to submit some evidence in defence:

The lack of outrage around Western governments spying on citizens is baffling. If such revelations were made of other countries, such as Russia or Syria, North Americans would be readily appalled. Eavesdropping on citizens at home, what can be the harm – so long as you aren’t breaking the law, what have you to fear, right? This thinking is great for leading sheeple to slaughter.

The fact that any of us watched, talked or continue to look at anything Miley-related should be evidence enough of society’s degradation. Full stop. (Although, let’s include a link to yet another Miley Gif that trended on Twitter this week and see how many readers resist it.)

That this song is played so widely suggests something is really wrong with North American society. The words can (and have been) easily correlated to statements made by rapists. Sure the tune might be catchy, but if all it takes is a little melody to lure us in, well, may some higher power help us…

Despite media propagating misinformation around things like WMD* and Benghazi, people still believe the news.

It’s convenient to have information fed to our brains daily, I get that, but just because it was published, doesn’t make it so. If I had a dollar for every false Amber Alert or testicle-eating fish that appeared in my Facebook newsfeed, well, it’d make for a tidy income.

Naturally, I want to believe there is still some good journalism out there, but let’s face it, most of it is rubbish. For more information on the subject of how news is made, start here:

Reviewing trends in Google searches is like watching society intellectually self-destruct in real-time. For the past month in the U.S. (with the exception of Syria)  searches can be summarized in four words: entertainment, sports, consumerism, and crime. In Canada, despite our smug superiority, our search trends are no more intelligent and mindlessly similar.

Last week an article was posted to LinkedIn that referenced Karl Marx. It discussed the idea that “labors divided into meaningless, repetitive and highly specialized tasks was alienating” for the worker. Does it matter who said it? Seems like a logical statement. Would you really feel like you made a car after plastering a sticker to a random tube that might eventually be attached to an engine? Not likely.

Yet thinking about the article be damned! It mentions Karl Marx and must be condemned as evil – or at least, so read the comments. One respondent suggested the author write on Nazism next.**

Political polarization hinders meaningful thought. The fact that people can’t see past their own politically-charged beliefs suggests we  haven’t learned much from all the information available to us.

Writing about political polarization reminded me of comments on just about any online news article I have ever read. If ever there was a fine example of mind numbing, it would be found at the bottom of posted news. Here is an example – with relatively literate responses and people still sound idiotic.

Most of the above evidence all stem from online activity within the last month – in some cases the past week. Perhaps our stats improve over longer periods, but something tells me that isn’t the case.

Can you prove me wrong? I’d like that. It would mean there is hope for humanity!

* If this acronym needs to be expanded, you really need to read more than sports and entertainment news.

** If the fact that Karl Marx had nothing to do with Nazism needs to be explained, you have lost all rights to ever comment on his theories. Furthermore, Marx died a month before Lenin’s 13th birthday. They never met. Marx did not build the Soviet Union. People taking Marx’s work and bastardizing did. Not that I buy into any system. Leave me out of your political polarization process, please.