Propaganda has acquired a negative connotation in the minds of most people. This happened over time and through conflicts whereby leaders accused foes of using "propaganda" to brainwash the masses, (whereas the hero's attempts to persuade were merely "awareness campaigns" for support). Yet propaganda is so much more than the shared delusions of a dictator - and it is decidedly more common. 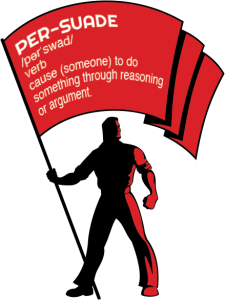 Described simply, propaganda is any deliberate and systematic communication that aims to persuade. Representing the creator’s agenda, propaganda is slanted by a specific perspective in an attempt to “achieve a response that furthers the desired intent of the propagandist."

Propaganda asserts simplified messaging, presenting debatable ideas as facts. Through the use of graphics and symbols, effective propaganda manipulates target audiences by appealing to ingrained cultural biases. Propaganda tends to make emotional appeals that stir a response within the viewer. Above all else, propaganda aims to make you think or do something as intended by its creator.

Does this sound at all familiar? By far the most prevalent form of communication that aims to persuade is advertising. We are constantly exposed to ads - in newspapers, on TV, in trains and on websites. Advertising is so pervasive it has become content itself (such as branded content on Buzzfeed or those viral emotive videos). Yet at the heart of all advertising is an aim to sway us into believing something or taking action.

Propaganda is not inherently evil. Sometimes it is used to change bad habits or alter outmoded thinking - such as quitting smoking or ending racism.

Propaganda can be used for good or bad and much of how we view it depends on our own preferences and perspectives. Yes it can incite violence, but propaganda can also encourage strangers to feed starving children half a world away. It is all a matter of how propaganda is used - and how well we understand its applications and effects. 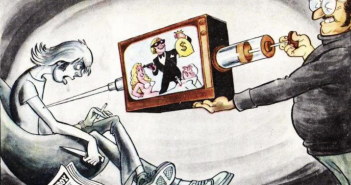 The Peril of Persuasion in the Big Tech Age

Persuasion is essential to society and democracy, but we need new rules governing how companies can harness it. By Bruce… 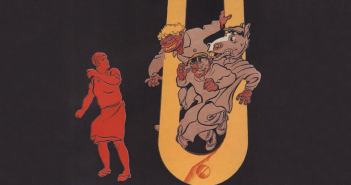 This Is Why We Can’t Have Nice Things

This book is amazing. Full stop. This Is Why We Can’t Have Nice Things by Whitney Phillips is a must read for…