The Party is Over

CBC Radio’s The House recently ran a competition on ideas for fixing the House of Commons. I stumbled across the game on Twitter, and promptly responded: “End political parties. Politicians should be beholden to constituents, not a party.” Surprisingly, it was selected as a finalist, but given the comments shared on the poll’s results page, I thought the statement warranted more explanation than a Tweet could relay.

Cliques and direct democracy don’t go together, if for no other reason than a question of allegiance.

Watch Question Period and the following analogy becomes apt: party politics are like gangs in a schoolyard, a minion dare not cross their leader – not without dire consequences. It’s impossible to put the interest of a greater whole ahead of yourself when day-to-day social survival is paramount. (Which might also explain something about teenagers.)

The party-based political system fosters groupthink. Just imagine, a new member of parliament, off alone in Ottawa after being elected, knowing no one but those in the party, the same party that funded his campaign, whilst everyone is jockeying for prestige. Best to fit in with the crowd you know, than be cast out on your own for free thinking.

This is to say nothing of how identity-based party politicking destroys cooperation between rival groups. Why should we work together when the ultimate goal is to gain power over each other? It’s us against you. 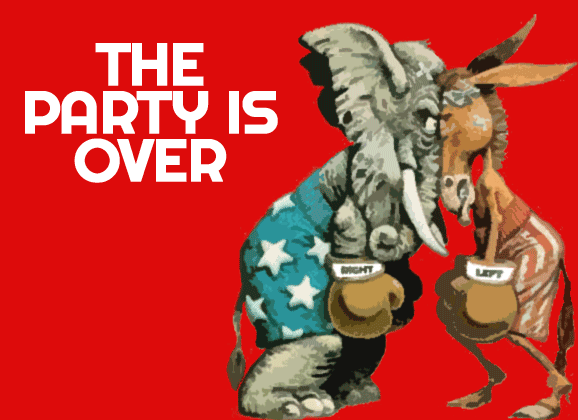 Sure, it’s an American cartoon, but look at how functional their two-party system is working.

Constituents quickly become a distant concern. Voters can’t possibly understand the intricacies and machinations of parliament. It is easier to fail their interests, because the party platform dictates, than it is to go against the Whip. Besides, with such limited general understanding of how government functions, electors can be brushed aside with the explanation, “voting against the party means I won’t be able to get the important things through later.” Of course, whether later comes or not is a matter only for those who keep score.


One of my critics echoes this thinking in commenting on a parliament without political parties: “Visualize the constant chaos of each MP / MLA attempting to address every constituent’s cause of the day.”

Party politics might be effective at pushing some issues through the ruckus of parliament, but it is not pure democracy. What we have is representative democracy, whereby we send someone on our behalf to decide policy initiatives. We absolve ourselves of responsibility for our governance. A pure or direct democracy, would involve citizens in the development of policy. Without political parties, individual citizens must contribute directly – either by vote or referendum. In having a say the need for a mouthpiece hollering at the deaf ears of the House of Commons is rendered pointless.

In a direct democracy, anyone sent to the capital on behalf of an electorate becomes more of an ambassador than a politician. It isn’t what they propose to do for you, but what qualities a representative possesses that can help ensure your regional interests are heard, if not met.

Such people might be prized for their abilities to build communities, foster relationships, explain situations, and solve problems. These skills would be needed both in a wider political arena, but also at home so that constituents understand why sometimes their immediate interests are sacrificed for the betterment of a greater whole.

Instead of people opting to run for office, candidates might be put forward by communities first for selection, to help weed out the self-interested.

Granted, banning party politics in our current condition wouldn’t be successful. To move in this direction requires significant reforms. Direct democracy can only work with an engaged and informed public. We seem to be heading in the opposite direction in Canada, with an increasingly disinterested electorate, whose voter turnout rates are decreasing. The more common suggestions for addressing these issues, such as forcing Canadians by law to vote or lowering the voting age, ignore the wider systemic problems.

Of course, the idea of giving the unwashed masses more influence must send chills down any parliamentarian or government functionary’s spine. If the interests of a distant constituent can be easily ignored by a politician, the welfare of the average Canadian to both parliamentarians and bureaucrats in Ottawa is, at best, an elusive ideal to be brandished when needed but widely overlooked.

More input is like adding bosses to look over your shoulder. Who wants that? Especially when we in Ottawa know what is best for that average Canadian. Besides, it’s not like Canadians revolt on mass when say, the government illicitly spies on them or a funding scandal is uncovered.

This sense of security might account for another critic’s belief that: “There is no way political parties will be ended unless a total dictatorial authoritarian state were forced upon us.” Ironically, every dictatorship that came to my mind was established through a political party: National Socialist German Workers’ Party, Communist Party of Kampuchea, Partito Nazionale Fascista.

In fact, in order to establish a modern dictatorship, you seem either to need a political party or an army – best to have both. Under the right conditions, doing away with political parties ought to bring us a step farther from dictatorships. 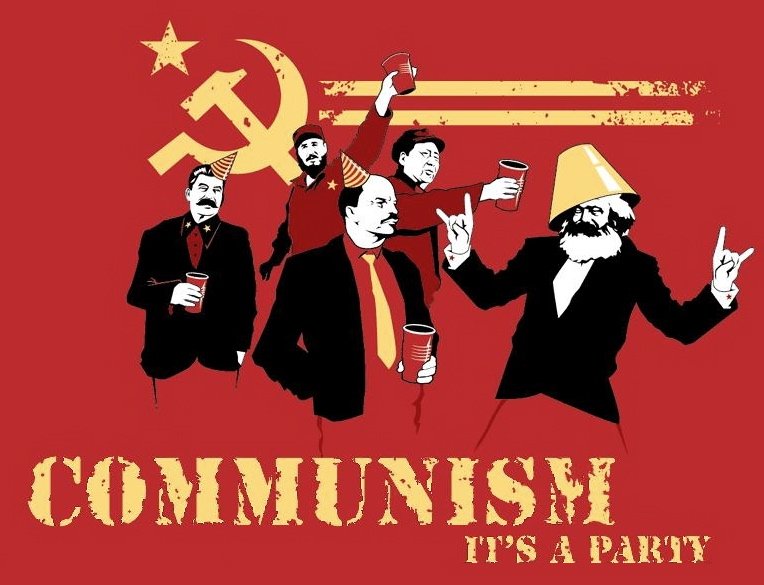 If the Party’s Over?

I realize advocating for direct democracy is wishful thinking.  Not only would it require our current policy-makers (both political and bureaucratic) to make changes so far beyond their own personal interests, it needs a truly educated populace to willingly engage in the political process.

If the ongoing popular obsession with topics like Miley Cyrus is any indication, the vast majority of citizens are falling extremely short of the bar needed to comprise an “informed” mass. That sad fact, however, should not condemn us to be governed by a faulty system, simply because an alternative is distant or demands preparatory effort.

Perhaps we need to think more radically and move towards the goal of direct democracy – if even in our own level of policy engagement. The more we know and understand, the more primed will be our situation to successfully build a pure democracy.

Who knows, perhaps more independents will begin to run within the current system, offering a transitional parliament towards something better.

(FULL DISCLOSURE: I have worked both in parliament and in the bureaucracy.)