The Business of Catching Attention

As exciting as the dawn of the Internet has been for most, it has been a turbulent advancement for traditional media.

To be fair, imagine having your business model completely blown apart in under a decade – with competition expanding exponentially, subscription rates plummeting, advertising decreasing and demands to break news more quickly increasing – all with shrinking resources.

Historically, media reach was restricted by time, space, and resources:

This rendered most competition in media fairly local.

Given how expensive it was to buy a printing press, or maintain TV towers, the barriers to entering media were considerably high – restricting the number of likely competitors in the media market space.

In effect, a media outlet had only to compete with the next media organisation over. With fewer information options to choose from, old outlets controlled the message but also were mindful of their own business reputation, which led to editorial policies, rules of fair reporting and other mechanisms that defined a more intimate relationship between a local and regional outlets and its target audience. “You subscribe to our services because you trust our reporting!” may have been a slogan once. That relationship has changed drastically with the advent of satellite or the Internet.

A person sitting in Tbilisi is no longer restricted to reading or watching just local news. So long as a person can speak other languages (or has faith in Google Translate), they can watch BBC programming out of London, waste time taking American-created Buzzfeed quizzes or watch YouTube videos from just about anywhere in the world – and as soon as any of these things are posted online. Why watch dry news content when entertainment is but one “You won’t believe what happened next!” link bait click away. 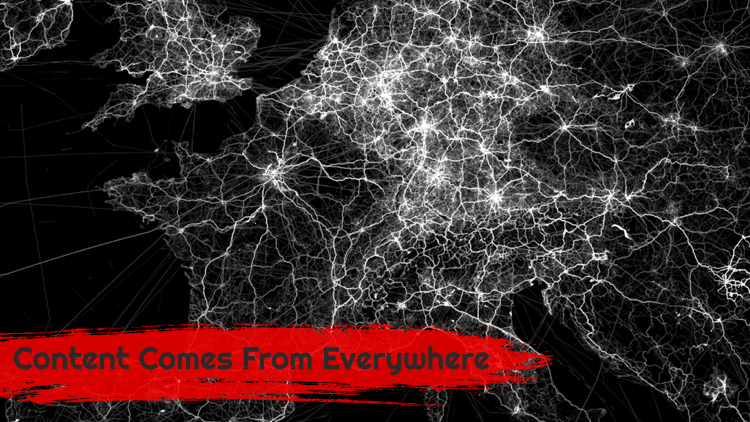 Of the most visited websites in the world at the time of posting this article, none were media outlets. The most popular sites on the internet are search engines or social media networks.

The fact is traditional media organisations must now compete against endless entertainment to attract an audience – on a merciless 24-hour news cycle.

To feed the non-stop news cycle, user-generated content isn’t just used in the news, it is being covered as if it was the news. 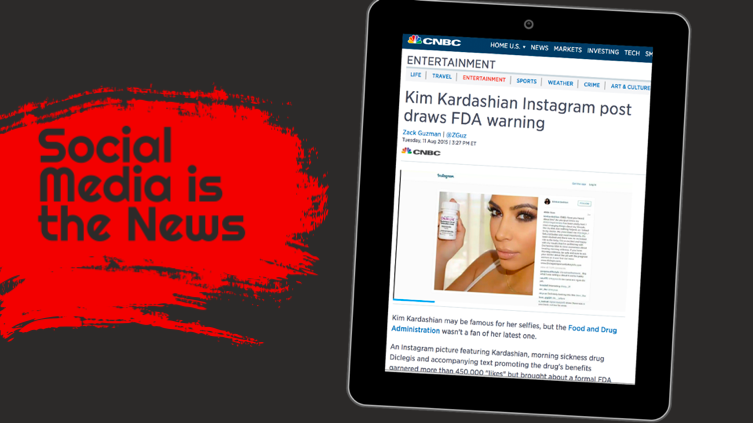 Catchy videos have catapulted Al Jazeera’s new mobile-centric outfit, AJ+, to rank among the top 10 Facebook video publishers on the social network, with 1.4 million video shares in June 2015, according to Newswhip.

With the rise of more engaging online media such as Buzzfeed or The Huffington Post, traditional media outlets have been adapting the techniques used by these digital upstarts to capture online market share.

Media outlets are turning headlines into link bait – attempting to spark shock and curiosity, factors that subconsciously drive us to click for more. 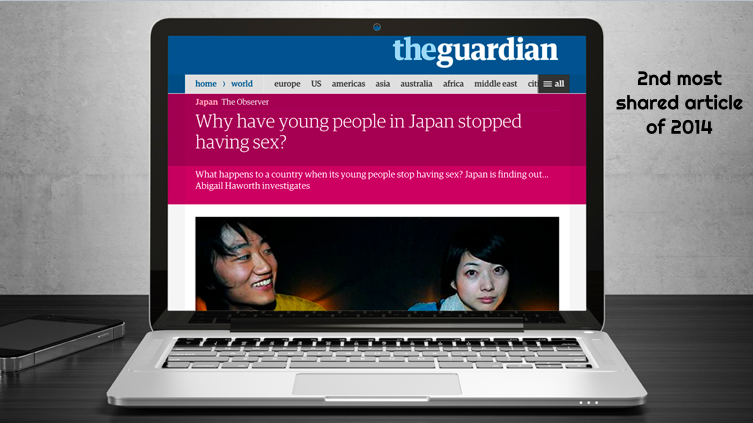 The second most shared article on The Guardian’s website in 2014.

Arousing emotions are used in posts to provoke people into engagement – such as in the New York Times second most shared article in the past year, “To Fall in Love With Anyone, Do This” with 1.2 million shares. Likewise the BBC’s most shared article inspires awe, “’Oldest’ Koran fragments found in Birmingham University”. 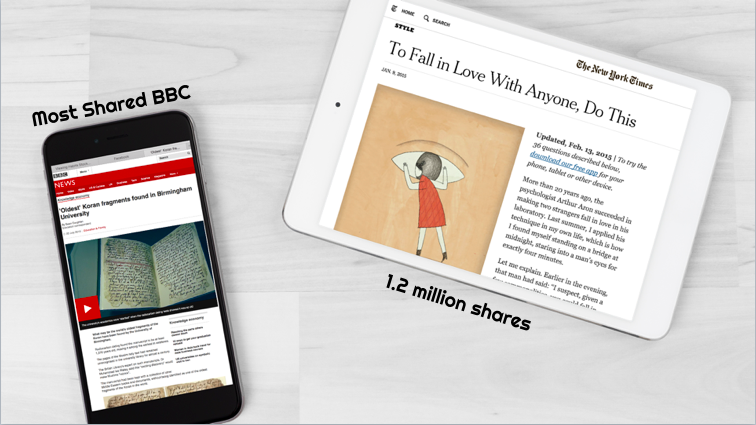 Content is increasingly reflecting the audience – it is more about the reader, and less about the news. Not only does this format spread, but given the prevalence (and success) of personality quizzes and the mini-reality shows that are a person’s social media feed, content about ourselves is what we are coming to expect online.

For example, the most shared Washington Post article in the past year with 1.1 million shares was “Teacher to parents: About THAT kid (the one who hits, disrupts, and influences YOUR kid)

As media competes to hold our attention, our relationship with the news is becoming more symbiotic. And this model seems to be working; all but two of the outlets mentioned here rank in the top 140 most visited websites in the world according to Alexa.

Read more about The Age of (Dis)information: 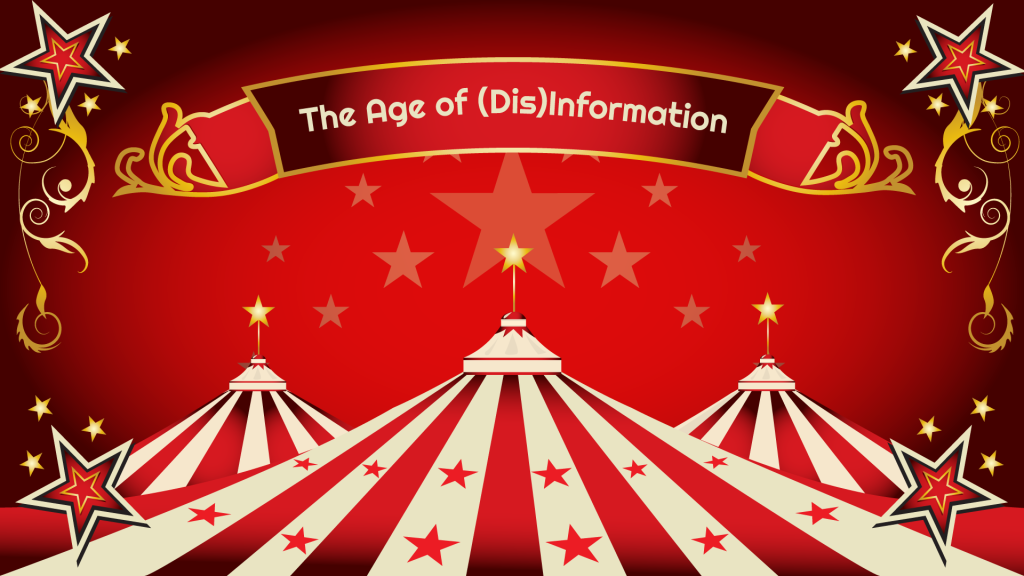