The Battle for Support Lands at Home

As Canadian troops begin their mission in Latvia — a deterrence operation, intended to send a strong message to Russia about interfering in neighbouring NATO member countries — an invisible battle for hearts and minds will be happening back at home.

The goal: destroy public support for the mission in Canada.

Russia isn’t likely to engage in conventional warfare anytime soon, but it does have a number of information warfare tools it can use to test NATO’s resolve and capabilities without sparking a broader conflict.

Many of us have already heard about these tools taking the form of fake news, online trolls, data leaks and targeted digital surveillance of troops and their families back home. But that’s just the tip of the iceberg.

The real power in modern information warfare is what I call “participatory propaganda,” in which a propagandist seeks to influence unsuspecting people in order to get them to actively start spreading a certain message, for free, without them even knowing what’s happening.

In this Russian example, not only would it sow ill-will toward Canadian troops among Latvian hosts, but it will also aim to delegitimize the mission in the eyes of Canadians at home.

Here’s how this works. Propagandists can already access a wealth of information about a target audience based on its public online activities. In a country with high internet usage such as Canada, propagandists can piece together a startling amount of intelligence based on what websites people visit, their online shopping habits, the things they like on Facebook, their sources of information and the friends they keep, all of which is largely gleaned through third-party tracking cookies and other service providers.

That information can, in turn, be used to create inflammatory content that plays on identified biases in thinking and aims to provoke the viewer into action. This content can come in the form of fake news, memes and data “leaks,” which will be pushed through the online communities Canadians frequent: for example, far right and far left Facebook groups.

Let’s imagine, for example, that “Bill” from Manitoba has a bunch of friends who follow the Canada First Facebook page. One of those friends shares an article about Canada’s minister of defence embellishing his role in Afghanistan. Now, Bill is very much a supporter of our troops, and the story angers Bill, so he posts an emoji reaction and comments on the post. Perhaps he shares it further and even likes the Facebook page. 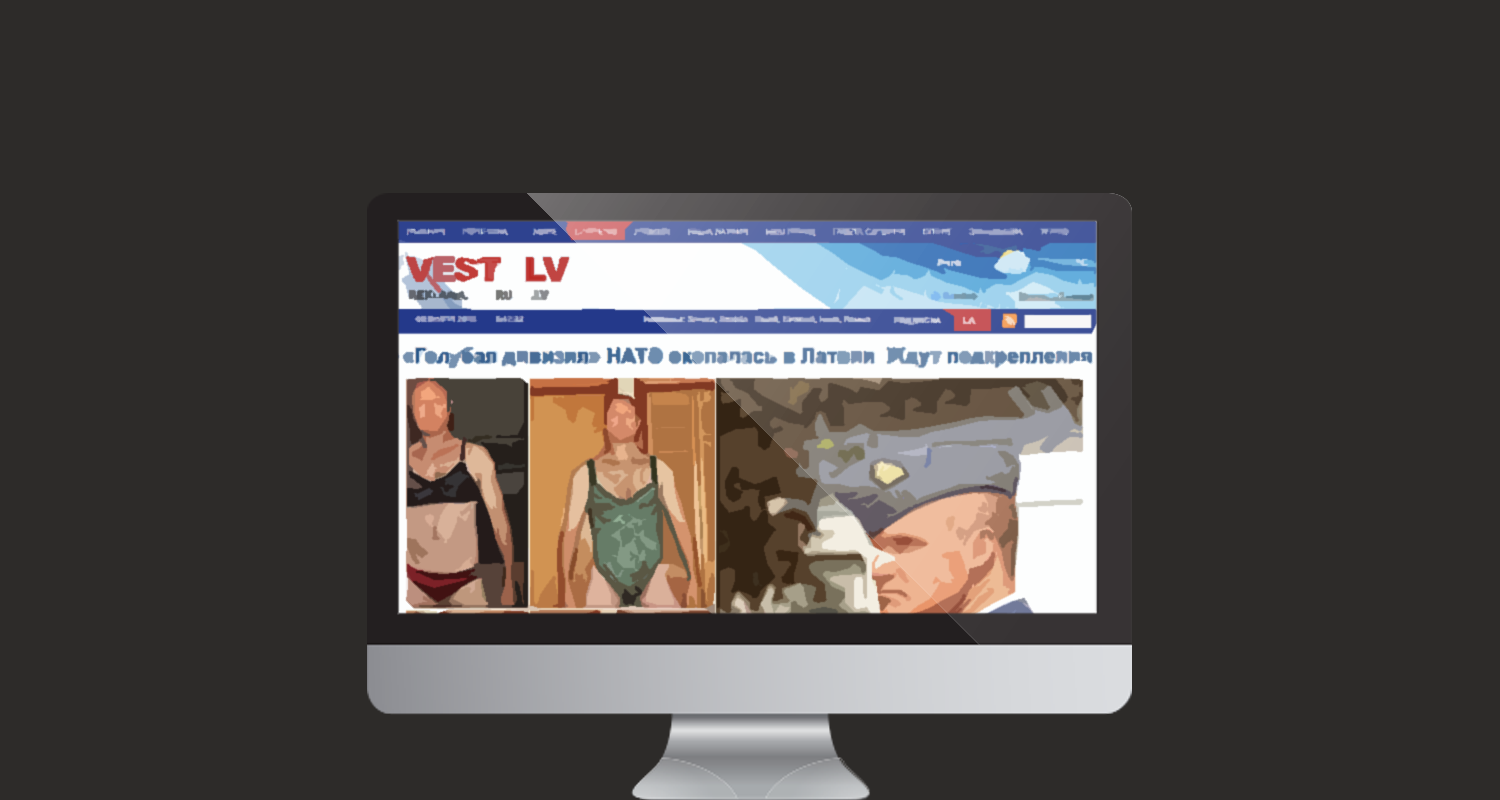 When a more racist meme about the minister comes out next, Bill might be primed to engage. Over time, this exposure makes him more receptive to such messages and erodes his faith in the minister’s decision-making abilities, all of which makes Bill — and other members of the page — ripe for propaganda delegitimizing the NATO mission in Latvia.

Russian propagandists need not start or run these pages, but simply inject content onto them. To the audiences engaging with it, this content will seem to be coming from other concerned Canadians running Facebook pages. And as Canadians are increasingly exposed to this “information,” they will be encouraged to actively spread and share these messages to their networks, co-opting unsuspecting users into participating as propagandists too.

Ultimately, this flurry of activity will gain the attention of mainstream media, which will only provide more exposure for these propaganda efforts.

What’s more, these channels don’t simply disappear after a conflict has ended, but are instead repurposed time and time again to influence decision-making on other key issues. In the UK, for example, many Facebook pages and web networks established for Brexit were kept alive after the vote and subsequently used to galvanize support for the right during the recent general election.

While governments and politicians might be the ultimate power behind such propaganda campaigns, there is an underworld marketplace with trolls-for-hire that help make such efforts possible. In short, this is an evolving threat that, to tackle, requires a combined skill set of countering modern propaganda, advanced understanding of information communication technologies, behavioural psychology and more.

The Canadian Armed Forces certainly have a challenging task before them. The recently released Liberal defence policy acknowledges pressing needs in the cyber and information operations domains for the future, but that support is sorely needed now.

Russia has long questioned NATO’s necessity in a post-Soviet era, and NATO, in turn, has struggled to create a narrative that resonates among all its member states. Justifying a mission both to Latvians and Canadians back at home — especially in the face of increasingly complex propaganda models — is a much more difficult task.