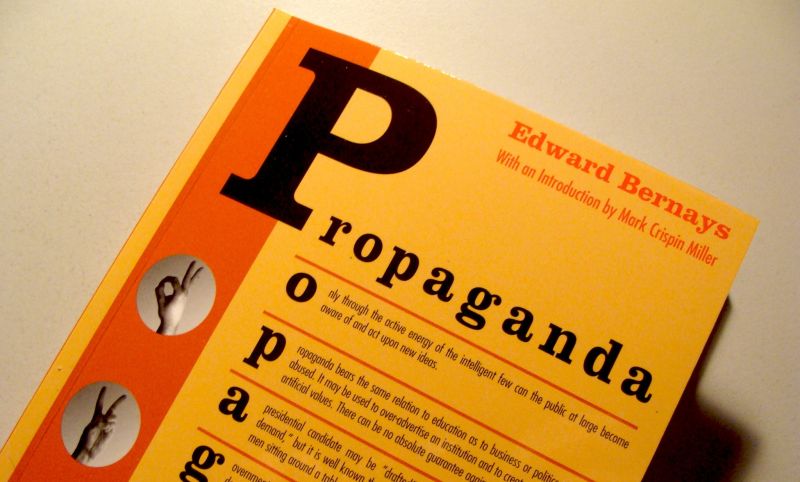 From the publisher: "Bernays applied the techniques he had learned in the CPI and, incorporating some of the ideas of Walter Lipmann, became an outspoken proponent of propaganda as a tool for democratic and corporate manipulation of the population. His 1928 bombshell Propaganda lays out his eerily prescient vision for using propaganda to regiment the collective mind in a variety of areas, including government, politics, art, science and education. To read this book today is to frightfully comprehend what our contemporary institutions of government and business have become in regards to organized manipulation of the masses."

From the father of modern public relations (and nephew of Freud) comes the seminal book on shaping popular opinion. This is a must read for anyone who wants to understand how information is manipulated to influence perspectives. Best watched in tandem with BBC’s documentary on Edward Bernays’ and his own influence: