Facebook continued to fuel the usual public outrage with news of a 2012 study on the emotions of network users. Through the experiment, social scientists from Cornell and the University of California – abetted by Facebook – sought the impact of deliberately altered news feeds on unsuspecting users. And surprise, surprise (note the sarcasm font), people seemed to alter moods when exposed to either more positive or more negative feeds.

Of course, the study’s obvious findings were not the real news on the topic – the outrage was. 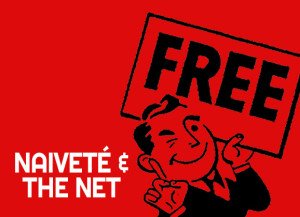 Beyond the general backlash (and coverage thereof), a U.S. Senator asked the FTC to investigate the study, several national privacy commissioners jumped into the fray, and speculations abounded that the study was actually part of a wider government conspiracy to study social unrest.  The controversial study even helped launch another  research project on whether or not quitting Facebook would make people happier.

Few know how to stir up a frenzy quite like Facebook (and therein lies another study, surely.)

The underlying issue is that Facebook did not request consent from study participants before conducting the experiment. The participants were unwitting. And in the physical world most westerners have enjoyed for the past few decades, surreptitiously conducting experiments on people without consent is generally frowned upon, if not illegal. The problem is, while so many experiences from the real world easily transcended the digital divide (crime, love, commerce, education etc), our legal code has been slow to catch up.

Setting moral outrage aside, the question is: under user agreement terms and conditions, was Facebook required to ask users for consent? (If you haven’t delved down the terms and conditions rabbit hole yet, I highly recommend the documentary aptly named Terms & Conditions May Apply. It’s available on Netflix and the trailer is here below.) In the new age of lengthy contractual agreements, users of networks such as Facebook agree to a sort of trade when signing up: in exchange for using the network to connect with friends and family, Facebook can use the information generated about your interactions in a variety of ways such as to sell ads or, as it is now in the terms and conditions, to conduct research.

Being legal and being fair are not the same thing. Conducting secret experiments on users is definitely not nice – it is also not uncommon. Google Flu, for example, tracks user searches to attempt to prevent pandemics. This sort of intelligence gathering on information shared by internet users will only continue. And yes, safe guards should be in place to protect citizens – (would it have been so difficult for Facebook to send a notice to users asking for willing participants? Likely not).

Beyond outrage and demanding regulations, what is our role as average web surfers in all of this? I can’t help but think there is a persistent naiveté in our perceived relationship with the internet. If someone offered us a free security system for our house, would we not be suspicious? And yet we download free versions of anti-virus software to our computer and expect them to work or be sufficient. There is an adage that you get what you pay for. Free has a cost – and sadly, in a digital environment that price increasingly means you.

At what point in the history of the internet will we accept a degree of responsibility to ensure our own digital well-being? The internet has changed the way we communicate and in many ways has the potential to improve our daily lives, but it has not (nor will it ever) open up some euphoric technological utopia where humans suddenly all play nicely in the sandbox that is civilization.  Humans are curious and opportunistic by nature – where the possibility arises to do something (especially if it is legal), most will jump, as the people at Facebook did conducting this study. Indeed, many of us have signed up for free social networks or internet tools when the opportunity was presented to us. How many can say they thought through the consequences of signing up or engaging?

Outrage is fine if you get off on a negative spark. To each his own. Surely, that’s a tiring emotional ride. Another approach (if you don’t intend to push for new legislation or stop using the internet), is to change the way you engage.