There are varying degrees of disinformation – from the cropped and filtered photo to digital propaganda. While some we, as individuals, could control, other forms of disinformation are deliberately spread to sway our thinking and beliefs.

Media is the tool by which information can turn from being an idea in someone’s head to a ‘fact’ accepted by millions. Media provides the credibility for information and makes the story more believable.

There is a good book called “Trust Me, I’m Lying” by Ryan Holiday, a public relations specialist. In it the author outlines some of the ways he manipulated media for his clients. The goal of any propagandist is to bait media into picking up and publishing her message without anyone being able to trace it back. 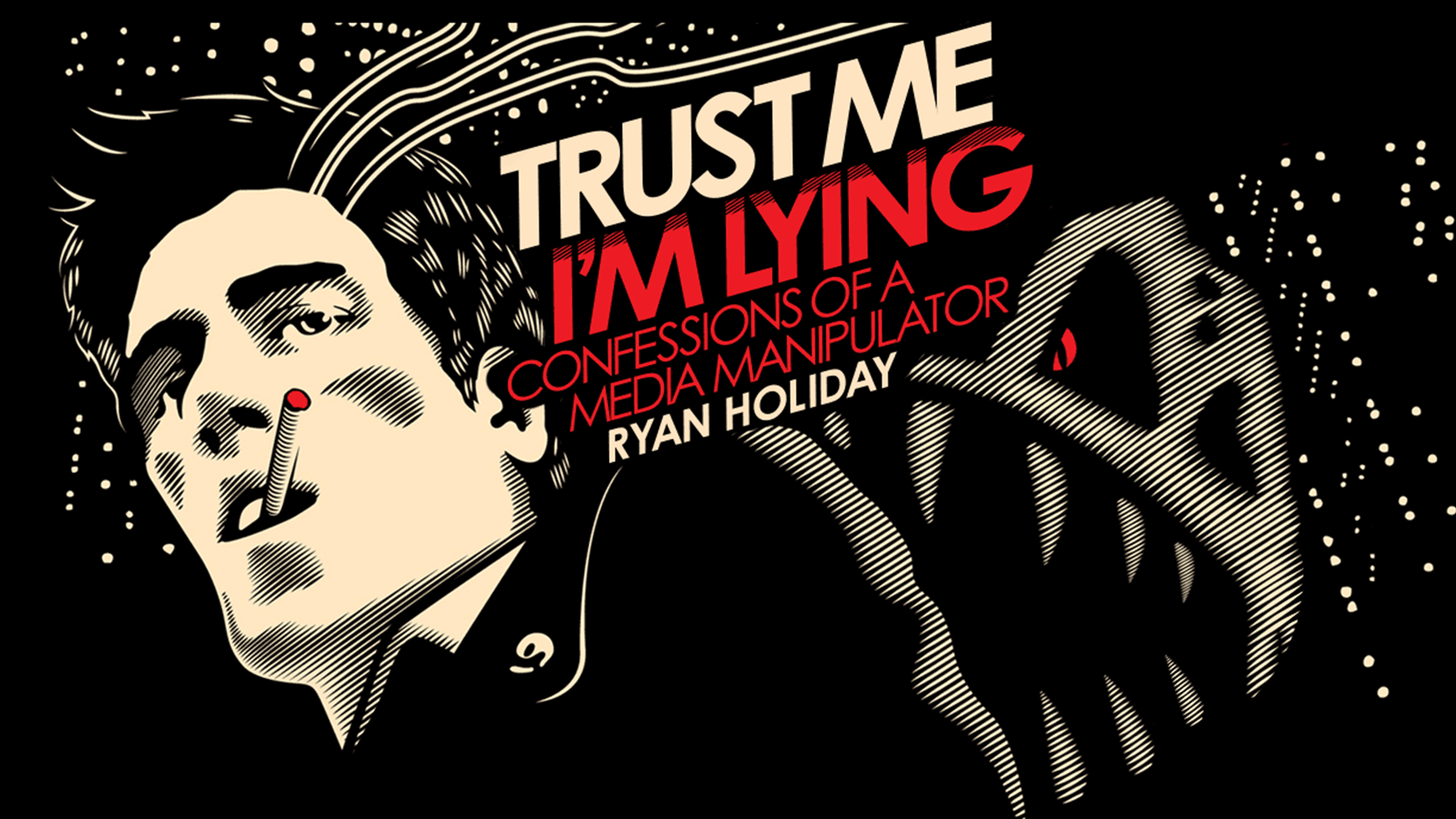 This is a crucial tactic if your target audience views you unfavourably or a new audience must be fostered. Studies suggest “that likeable sources and sources that share characteristics with the message recipient are” more likely to be accepted by the target audience. It is important that the publisher of any propagandistic content be liked by the intended audience so that the information is accepted.

The Internet has made it much easier to place information of any kind, factual or not. As Holiday, among others have outlined, the trick is to feed content up the media chain. Beginning with social media and coverage in online outlets, the aim is to encourage discussion via channels lacking strong verification processes. There is a growing body of knowledge that outlines how to package information in such away that a target audience will engage with it.

Once social media and the blogosphere are buzzing, it becomes “news” in its own right and, as a result, is increasingly tempting for traditional media outlets to cover too. Given the demands to break news quickly, and a growing culture of simply linking back to other sources that have already covered the claim, disinformation can quickly be taken up by other traditional media outlets. Once one traditional media organisation picks it up, the odds of others following suit increases. In a few hours, unverified content can become the news of the day and accepted as reality by readers. 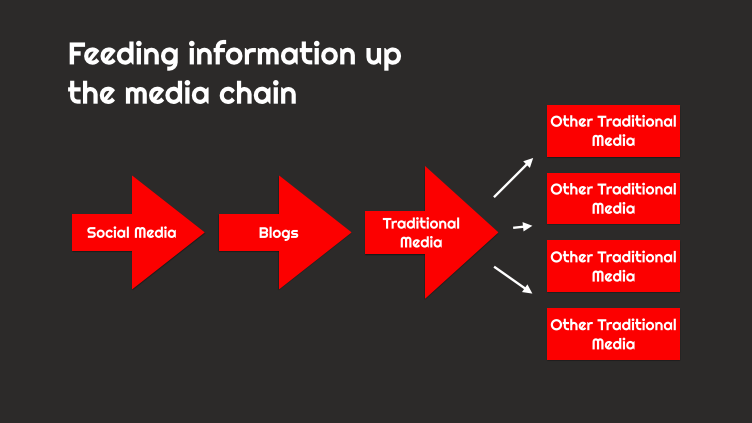 This “link sourcing” issue relates a cognitive bias known as the Bandwagon Effect. The more people around us believe something to be true, the more likely we are to believe it too. Media, in sourcing back to others who have been duped by disinformation behaves no differently – after all, journalists are humans too, and media is driven by the need to attract advertising dollars.

MIT network scientist Cesar Hidalgo decided to put this link sourcing to the test. During the 2015 human rights campaign encouraging people to change their Facebook profile to include the Pride flag colours, he posted to the social network speculating “This is probably a Facebook experiment!”

From there the post was cited in The Atlantic, in an article asking “Were All Those Rainbow Profile Photos Another Facebook Study?” into the Daily Mail and beyond in some 425 posts, according to Google. Disinformation can slip into traditional media at an alarming rate from a single, unverified social media post. 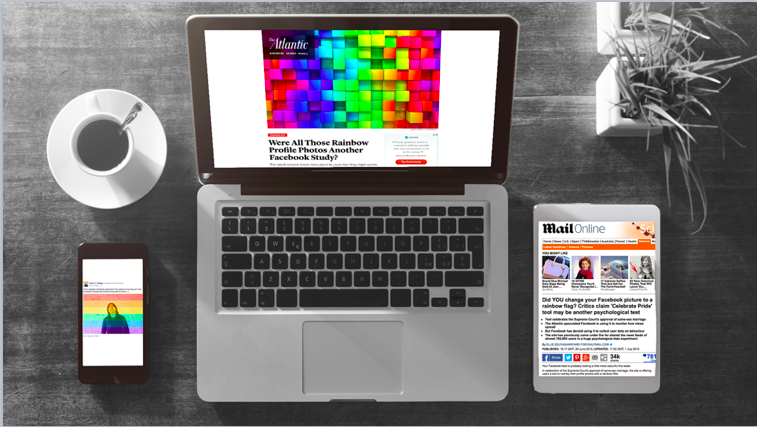 In another study of how the news of Bin Laden’s death spread, SocialFlow, analysed a tweet posted by US Defence Secretary Donald Rumsfeld’s then Chief of Staff, Keith Urbahn. The tweet speculated on the reasons for an emergency presidential address. Keith wasn’t the first to posit the idea the announcement was related to Bin Laden’s death, and his Twitter following was modest at 1016 followers. However, Urbahn was connected to people of influence.

As SocialFlow notes, “within a minute, more than 80 people had already reposted the message, including the NYTimes reporter Brian Stelter. Within two minutes, over 300 reactions to the original post were spreading through the network.” These figures account for just actual engagement, and do not represent the number of users who might have just seen it. The tweet – and its speculative content – exploded on Twitter with the help of a journalist, as this network graph by SocialFlow shows. While this example was of accurate information in the end, it could just has easily been spreading disinformation. 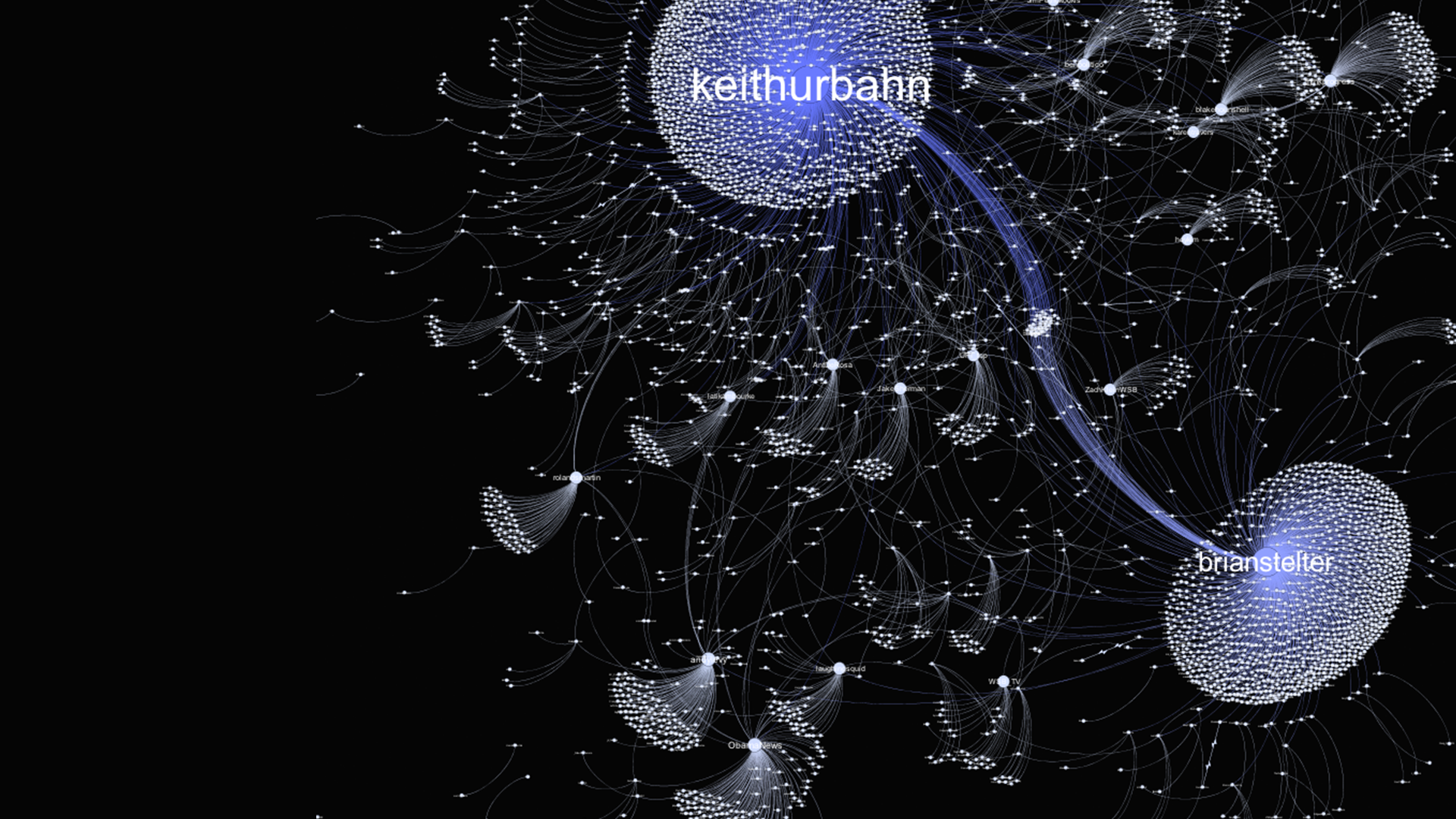 More and more disinformation will continue to make its way into traditional media, as organisations are pressed to break stories at ever-quicker speeds and on fewer resources. Verifying in real time will remain a considerable challenge. Yet, given media’s role as gatekeeper to information, they have an added responsibility to ensure that what they share is accurate.

Failure to verify but still share information has a negative affect on audiences. The more something is repeated the more true it seems. All of us will unconsciously begin to believe that which we hear enough times. This faulty heuristic is known as the availability cascade, and to it we are all susceptible. 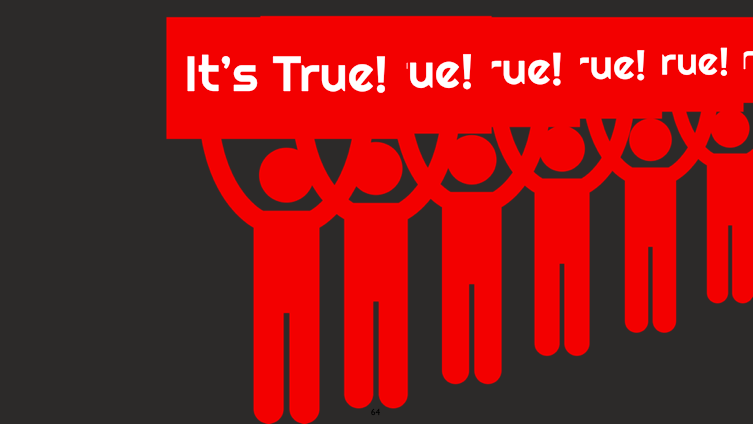 Some signs of possible misinformation, which you can easily identify, include use of language such as “reportedly”, “allegedly”, or “unverified” to describe presented information. Unless an audience knows how to decipher these signs, use of such words does not make the information presented seem any less real. While this might protect a media outlet against slander, it will not protect your audience from believing what they read, especially if it is delivered by a trusted source. What’s more, given the way that our brains process information, building upon experiences, once we have absorbed a bit of content, we are unable to simply delete it. Regardless of whether the disinformation has been corrected, our brains will continue – even unconsciously – to remember our first encounter with the subject, and on some level still accept the falsehood to be true.

In sum, media, both traditional and otherwise, carry enormous responsibility in spreading information. While its role as gatekeepers has immense power to facilitate the transfer of accurate information in a very timely manner, the same goes for misinformation.

This article is part of The (Age) of Disinformation series: