Are social networks trivializing war? And are we complicit in retweeting?

With recent conflicts, has come a new dawn of participatory propaganda. Beyond encouraging conformity or taking a specific action, social propaganda seeks your engagement in proselytizing for a given side. Through content that appeals to an already ingrained perspective, puppet masters from respective sides in a conflict manipulate people into sharing. 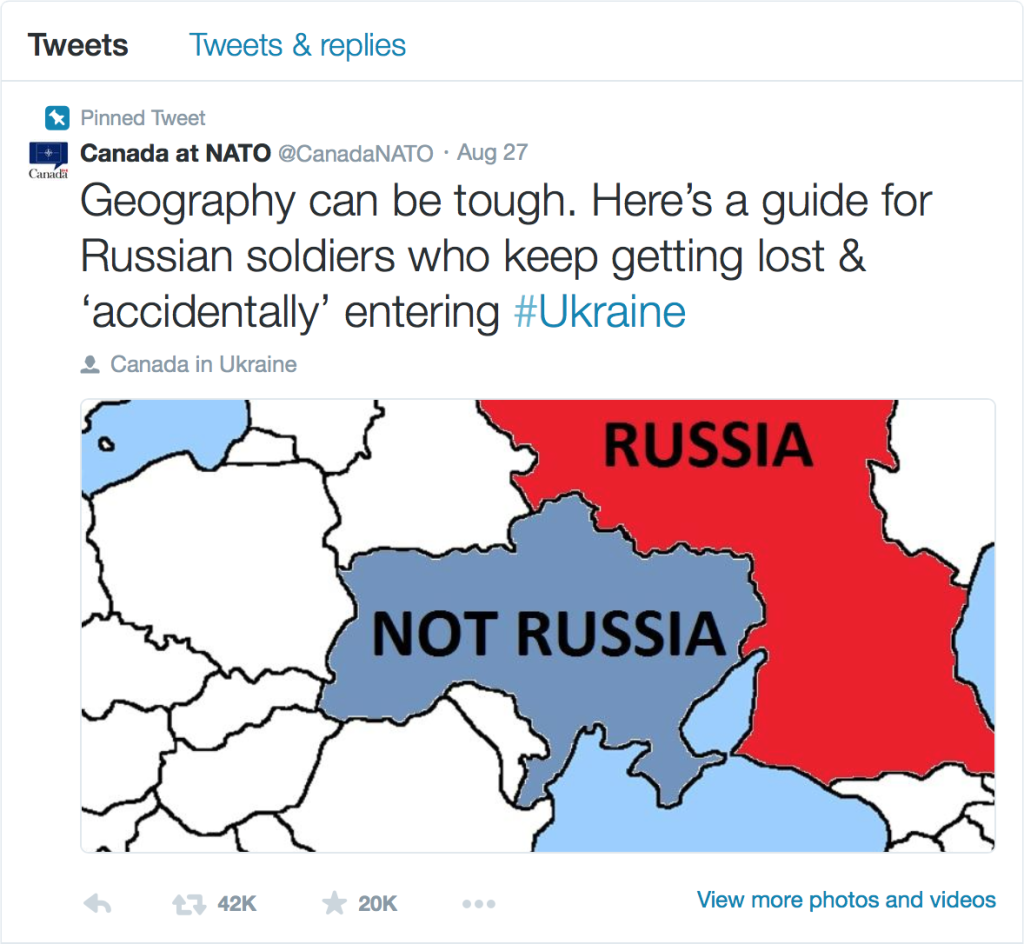 Different types of content seem to spread – from the gruesome (ISIS mass murders and beheadings) to the heart wrenching (images of children killed in war). The aim of posting such content is to inform the world, inciting it to some response, whether that be fear of an enemy or to pressure governments into action. Either way the social slacktivist can feel easy in that sharing is taking some sort of a stand.

This daily virtual exposure to conflict,  and the propaganda surrounding it, will change the way we perceive violence, tragedy and war.

Beyond the desensitization of constant digital exposure, a troubling trend in making light of conflict threatens to trivialize war. Sophisticated and entertaining commentary on a conflict engages social networks in a seemingly benign way, encouraging people to feel safe in sharing a joke, while also reinforcing one’s side on the issue. 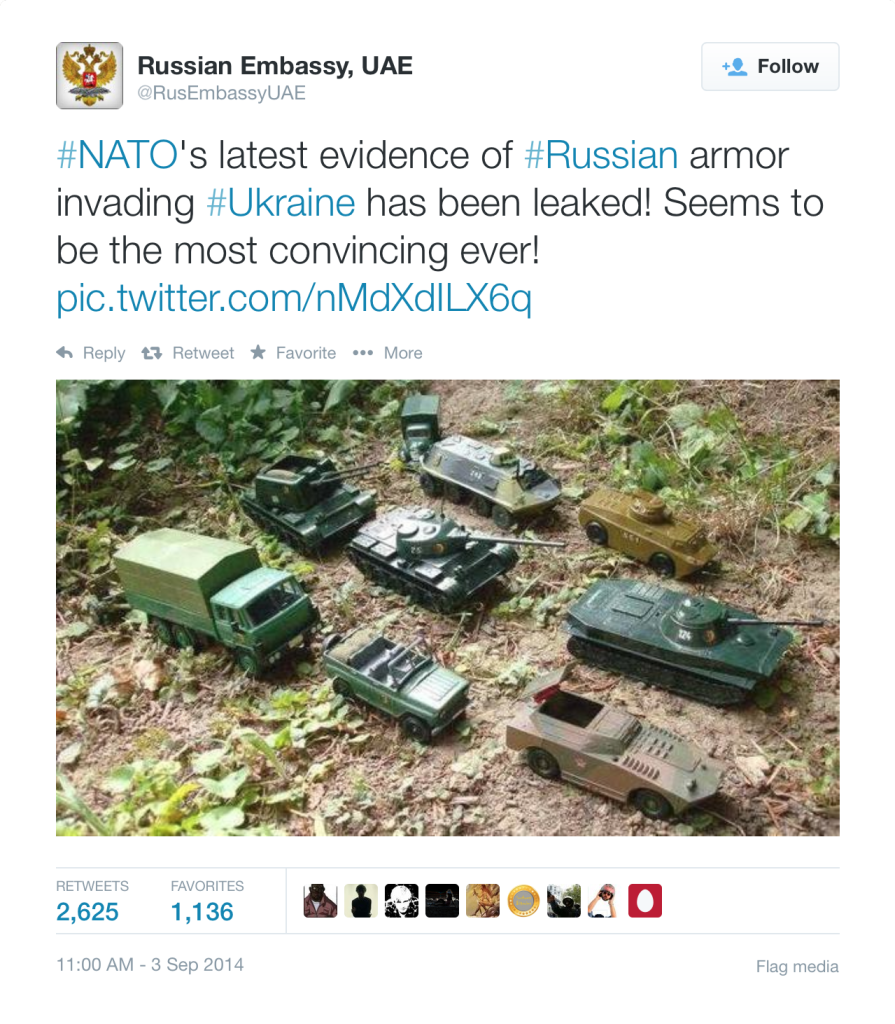 Take the ongoing Ukrainian Twitter spat for hearts and minds, for example.

On August 27, the Canadian government became a social sensation with its quip to help “Russian soldiers who keep getting lost & ‘accidentally’ entering #Ukraine”.  The corresponding map, pictured here, was retweeted over 42K times and garnered media coverage.

Both tweets push an agenda, while also entertaining followers and thus encouraging social shares. However, they both reduce to a jest a conflict where hundreds of people have died and are displaced.

What affect will this sort of entertaining propaganda have on our longer term understanding of conflict? Is social propaganda perniciously leading us to unconsciously view war as entertainment?

Yes, it can be argued that humorous propaganda has been used in past conflicts, such as the American Second World War poster featured in this post’s header image. Yet as with everything in the digital age the speed at which such wit now spreads, touching exponentially more people, at the rate of frequency it does, together suggest a potential impact far greater than historic propaganda ever achieved.

It is an impact that certainly merits more careful consideration and study.