Nothing says establishment like a perfectly polished Facebook Page. And none of the Pages analysed in this research are quite so perfectly curated as that of Hillary Clinton. With 438 posts made between January 21 and February 22, 2016, Clinton was by far the most prolific Facebook user among the candidates studied – that works out to an average of 13 posts every day. That her Facebook Page is professionally managed should come as no surprise, Clinton has raised and spent more money than any one else in the running. The pizazz, though, isn’t likely to win over anyone leaning towards Sanders or other so-called anti-establishment candidates. ( See Fig. 1)

Clinton’s campaign is slick. They know just when to tag another Page – when it’s a positive and polite association. Questions are used to engage the audience. And the audience is ever present – as most social media marketers will tell you it should be – addressed directly in the second person singular “you”. Clinton uses clear calls to action, with time sensitive hooks to motivate. Redundant links in posts are all neat and tidy with a custom Hillary Rodham Clinton URL shrinker (as shown below in the example of http://hrc.io/23kQ3hj).

All the fancy Page hacks have been executed. From Clinton’s inspirational profile photo that looks as if she’s voicing the posts, to the featured video of Hill and Bill playing Grandparents – this Page checks all the boxes. A custom cover image reinforces Clinton’s campaign slogan, “Hillary for America!” Every year since Clinton’s birth has a milestone, complete with pictures filling the Timeline feature. Even the featured Photos section displays a beautiful collage of custom images complete with messages and the Likes highlight how many other special Pages the campaign supports. Not bad for a relative latecomer to the Facebook block – despite the detailed Timeline, Clinton’s first post appears to be in only 2015. 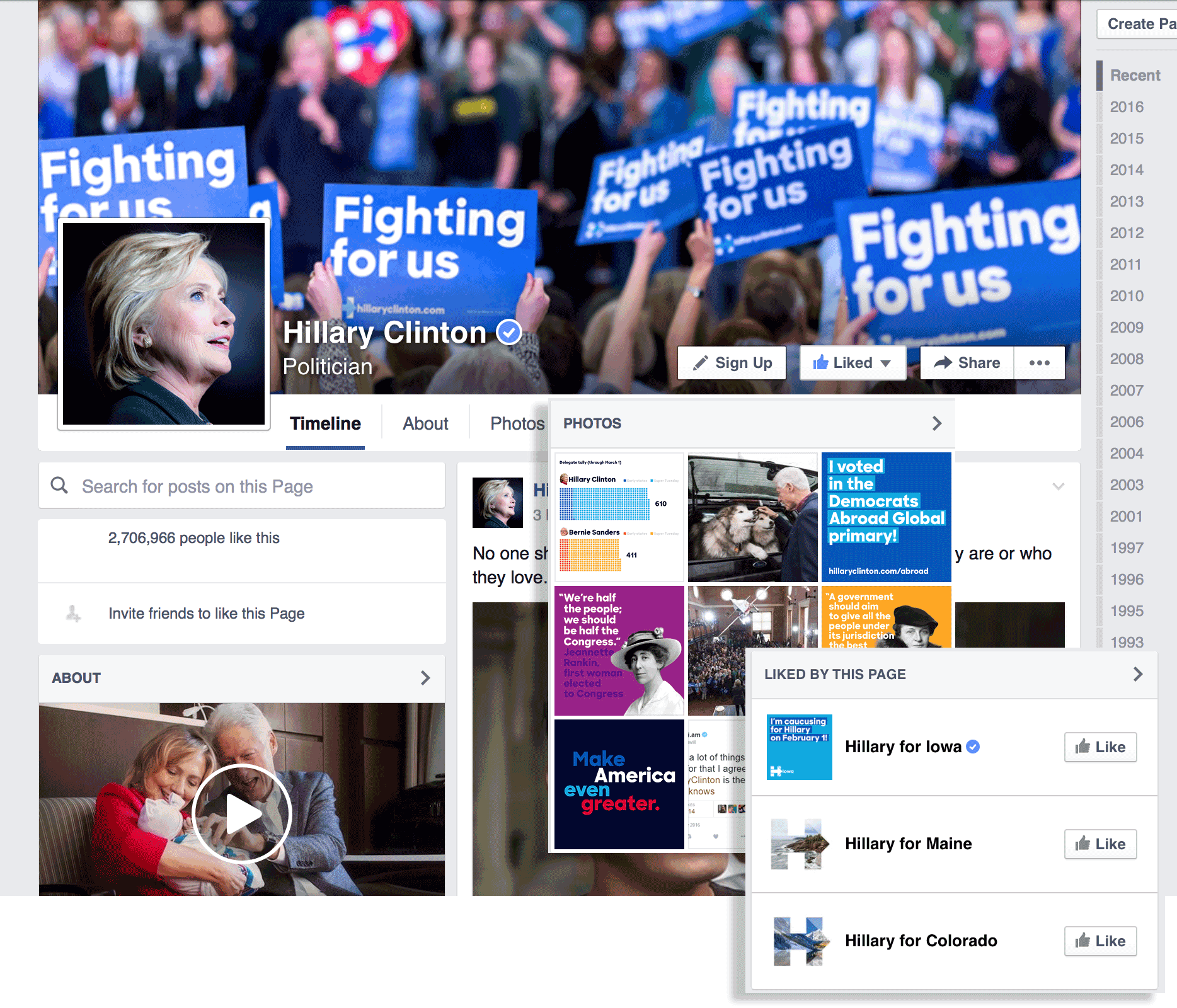 Clinton and Her Audience: You

As Clinton isn’t actually doing to the posting, the Page features a much higher rate of the third person singular voice than any of the other candidates. It’s all Hillary this, and Hillary that – with an intermittent splash of celebrity name-dropping. The use of the third person singular voice actually separates Clinton from her following, as it sets them apart from one another. It’s quite a cold, distanced way of speaking. And in looking at the most frequently posted words alone, Clinton appears to be as self-obsessed as Ted Cruz and his vanity hashtags. This perspective is only reinforced with the campaign’s attempt to use Clinton-specific hashtags, such as #ImWithHer. 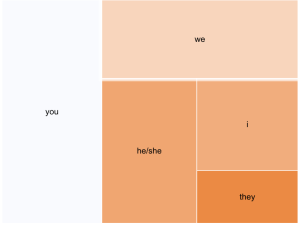 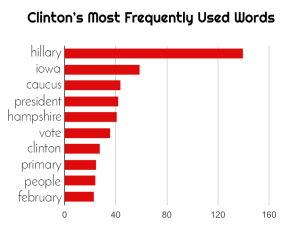 The volume of posts and attention to detail suggest an advanced social media marketing team is behind the Clinton Page. The use of third person singular pronouns, to talk about Hillary, only reinforces this strong corporate image of an establishment candidate, further distancing her from her audience. It might also explain that while Clinton added 3 times as many posts as Sanders in the month analysed, why the two candidates are enjoying similar rates of being talked about on Facebook. In looking at Facebook content, Clinton’s campaign is about Hillary – for her to lure anyone away from Sanders, it must become more about the issues, and less about #her.