Facebook is the social media network everyone loves to hate. From cries over privacy invasion to anger over the platform making a buck on the back of its free user base, Facebook is much maligned. No other network seems to enjoy the same rate of calls for its death.

Heck, the fall of Facebook is to social networking what the end of days is to the bible – much prophesied and yet always elusive.

Don’t get me wrong. Everything has its course and ultimate demise, but just because teenagers aren’t jumping on the Facebook bandwagon doesn’t foretell the site’s destruction.

How strong is a teenager’s purchasing power anyway? Regardless of how much their working parents spend on them, their incomes are limited and likely shrinking along with the middle class.  Furthermore, their near future is one weighted by heavy school debts and few job opportunities, as the elder portion of the Millennial generation can attest.

For a marketer interested in target audiences with money to spend, the flight of teenagers from Facebook should matter little. If anything a generation so over-inundated by advertising leaving the network should be a blessing – for how much easier will it make targeting less tech savvy older age groups still flocking to the network? 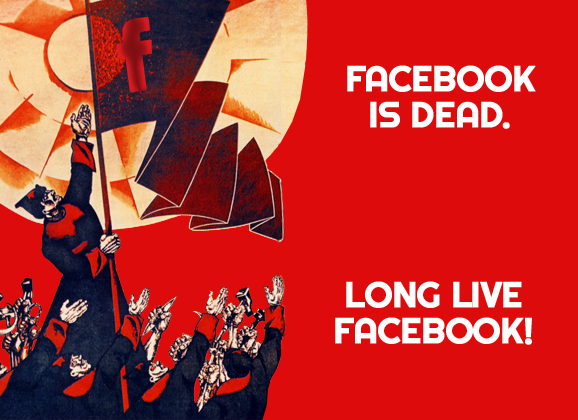 Across income brackets Facebook continues to dominate as the most used social media network in the U.S.  According to a report from Business Insider, 73% of internet users “with incomes above $75,000 are on Facebook (compared to 17% who are on Twitter).” Over the past year the network has seen a 45% growth in users between the ages of 45 and 54. 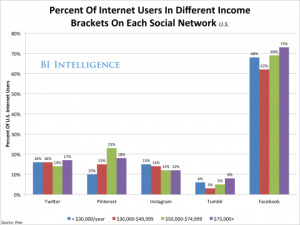 In Canada, more than half the country’s population logs into Facebook at least once a month –  “while 14 million check their newsfeed every single day.”

So what if teenagers are ditching Facebook because their moms are on the network? Their moms earn more money and probably have a much higher purchasing prowess. That is to say nothing of mom’s influence on household spending.

The interesting thing about demographics is that they constantly change. In the not so distant future many of today’s teenagers will mature into adults who might no longer think their parents so uncool. How many will return to their parents’ network of choice – especially when grandchildren enter the picture?

For now the teenagers are fleeing, go ahead, cry Facebook is dead. The 1.19 billion active users on the network would suggest a different hail is really in order. Long live Facebook.