This revelation should come as a surprise to no one – propaganda fascinates me. And for whatever reason today I found myself falling down a rabbit hole of Canadian propaganda. Below are a few samplings from the journey.

While I happen to be Canadian, propaganda produced here hasn’t really caught my eye. Other countries have been more effective – and indeed, more serious – in their production of propaganda. 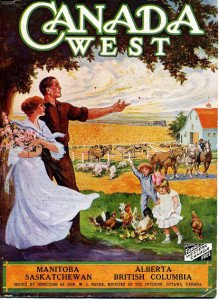 What was intriguing about this Saturday morning  perusal  of Canadian work was how much of our identity is reflected back in the posters. Granted, this might not be the Canadian identity people see today, but it is one of our past. And in many ways, having grown up in rural mid-western Ontario, it’s an identity I recognize in having listened to my grandparents share their personal experiences.

For all the talk of regionalisms and provinces, many Canadians have ties across the country. In the first half of the 20th century, Canadians were actively encouraged to move west – and many did. My grandfather went out for a while, as did many others in our family who remained there.  Growing up those ties westward were pretty strong.

It might be easy to forget now that we are so urbanized, but historically Canada has been an agricultural country. The poster below is part of a series encouraging increased production to support Britain. 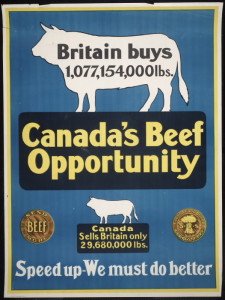 Speaking of Britain, like it or not, we are yet under the Queen’s realm and have been so for a long time. Much of the propaganda promoting enlistment during the First World War reflected our state as a Constitutional Monarchy. It reflected some of our diversity too – but definitely not all of it. 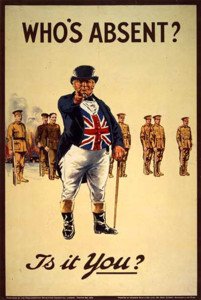 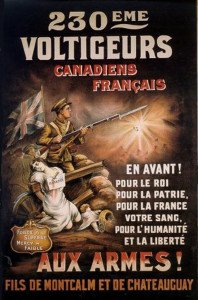 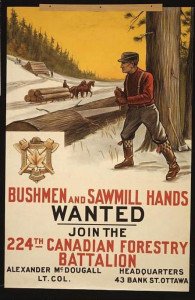 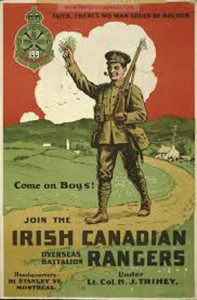 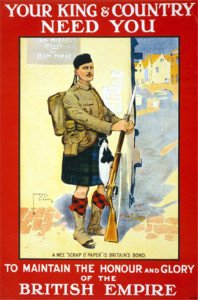 The Canada of my grandparents was much more self-sufficient than the one in which we live today.  How many people do you know who grow and preserve food? Both my grandmothers did – and my mother too. Thus, this poster promoting food preservation was sort of surprising. How many Canadian homes during the First World War were not preserving food that such a campaign would be warranted?

There was another poster floating around cyber space suggesting that this was part of a wider campaign to not just preserve food, but also share extras to support the wider community – which might explain it.

At the risk of having eggs thrown at me, Canadians are a subtle and subdued lot. We use words such as “interesting” when something makes us uncomfortable but we don’t want to be rude. Our idea of peace is complacent conformity. If everybody just fit in, things would be fine. These two posters seem to speak to that quiet acquiescence. 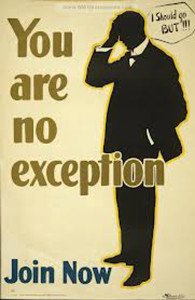 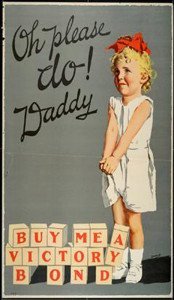 Another surprising stream in Canadian propaganda was feisty and attractive women. It might be my perception that we’re mostly a people worried about upsetting apple carts that led me to believe we are also conservative, generally speaking. Using attractive women to drive points home seemed uncharacteristic – but I like it! 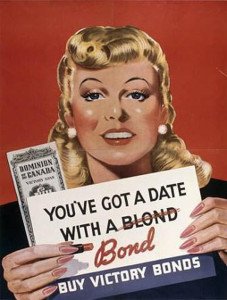 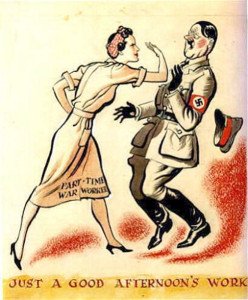 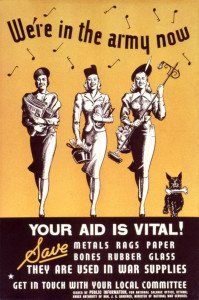 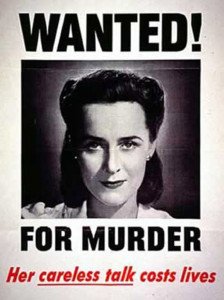 The following poster is quite well done. The allegory for riding a motorcycle into war being like cavalry is quite apt – one would be exposed in modern warfare on both. Of course, that’s on a rational level – on an emotional level doesn’t the poster just scream glory? Having had an uncle who rode during the Second World War and a friend whose father had as well – this poster just begged to be included. 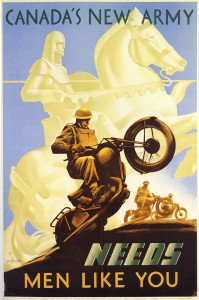 Finally, because at heart Canadians are gentile and we can’t seem to eradicate the beaver (a real pest in Eastern Ontario), what collection of our propaganda would be complete without the following – something witty, something castoresque. 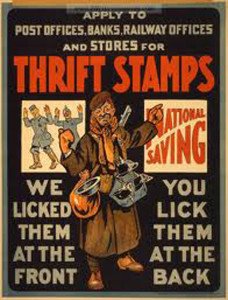 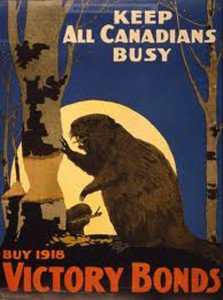